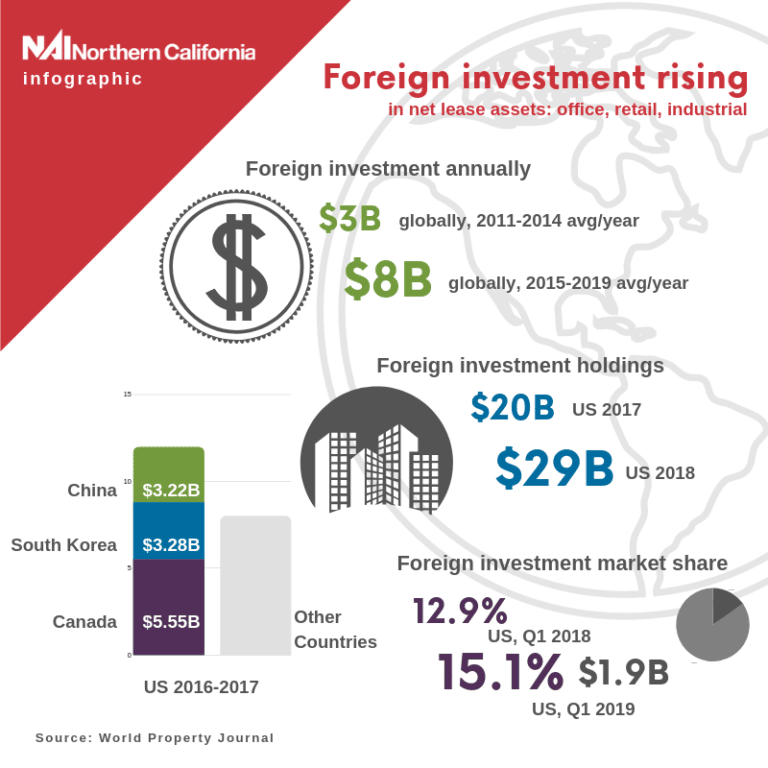 Foreign investment in commercial real estate is on the rise due to the search for yield and portfolio diversification, according to the World Property Journal. Globally, investment in net lease properties (office, retail, and industrial) averaged $3 billion per year from 2011 to 2014 and is up to more than $8 billion per year from 2015 to 2019. In the United States, foreign investments for Q1 2019 represented 15.1% of net lease transactions, totaling $1.9 billion, up 6.6% compared to Q1 last year when they only represented 12.9% of the market. In 2018, foreign investors held 30.1% more net lease properties than in 2017, an $8.8 billion increase.

for the latest commercial real estate news and to see our newest listings.